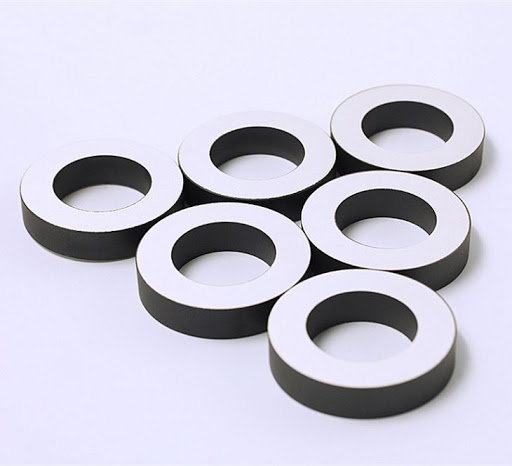 In naval battles, the most difficult thing to deal with is the submarine. It can submerge under the sea for a long time, and unknowingly attack ports and ships, causing the enemy's brains to be troubled. How to find enemy submarines? You can’t rely on your eyes, nor can you use radar, because electromagnetic waves will attenuate sharply in the sea, and you can’t efficiently transmit signals. Sonar—underwater ears—is used to detect submarines. Piezoelectric ceramics is the material used to make sonar. It emits ultrasonic waves and reflects back when it encounters a submarine. After being received and processed, the position and distance of the enemy submarine can be measured.

Our company often encounters such a situation: the user’s circuit is fixed, and the performance of the piezoelectric ceramics we provide has completely reached the theoretical index of the material. We think it is very good, but the user says no. The reason is that the sensitivity is too high. The saturated state cannot be used, and performance is required to be reduced. It is not easy to reduce the performance of the finished products! There is also this situation: the finished piezoelectric ceramics are not qualified, and a record is placed in the non-conforming product area. Some users The sample is urgently needed. The size is just the same as the unqualified one. Explain the reason. The unqualified piezoelectric ceramic chip is provided to the user for trial. The user actually has a very good use.

So we sum it up as: As long as the piezoelectric ceramics reach a certain performance, there is no difference between good and bad, and the application is good. This requires our manufacturers to carefully record the process, and to truly understand the product performance corresponding to different processes, only in this way can we try to meet the requirements of different users.

Weifang Jude Electronic Co. Ltd is a China famous piezoelectric manufacturers, providing high-quality piezoelectric ceramics for a multitude of electrical functions. If you have any needs, please contact us.