These devices have the characteristics of low cost, small size, non-moisture absorption, long life, and good frequency stability. In addition, their equivalent quality factor is higher than that of the LC filter, the applicable frequency range is wide, and the accuracy is high. Especially used in multi-channel communication, amplitude modulation receiving, and various radio communication and measuring instruments can improve the anti-interference ability. So it has replaced a considerable part of electromagnetic oscillators and filters, and this trend is still developing. 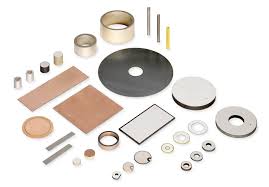 Piezoelectric transformers are made by using the characteristics of the mutual conversion of electrical energy and mechanical energy of the piezoelectric effect. It is composed of two parts, an input end, and an output end, and the polarization directions are perpendicular to each other. The input end is polarized in the thickness direction, and the alternating voltage is applied for longitudinal vibration. Due to the inverse piezoelectric effect, there will be a high voltage output at the output. The piezoelectric ultrasonic motor is a new type of micromotor that uses the inverse piezoelectric effect of piezoelectric ceramics to generate ultrasonic vibration, amplifies the micro deformation of the material through resonance, and is driven by the friction between the vibrating part and the moving part, without the usual electromagnetic coil.

Due to its own characteristics and performance advantages, piezoelectric ultrasonic motors are widely used in precision instruments, aerospace, automatic control, office automation, micromechanical systems, micro-assembly, precision positioning, and other fields. At present, Japan is in a leading position in this field. Piezoelectric ultrasonic motors have been widely used for automatic focusing of cameras and video cameras, and a large-scale series of products have been formed.

With the continuous research and improvement of material technology, and the rapid development of high-tech fields such as electronics, information, aerospace, etc., the production technology and application development of piezoelectric ceramics containing high-intelligence new materials are hot topics of concern. Weifang Jude is the China famous piezoelectric manufacturers, having rich piezoelectric ceramics knowledge. If you want to know more information, contact us now!